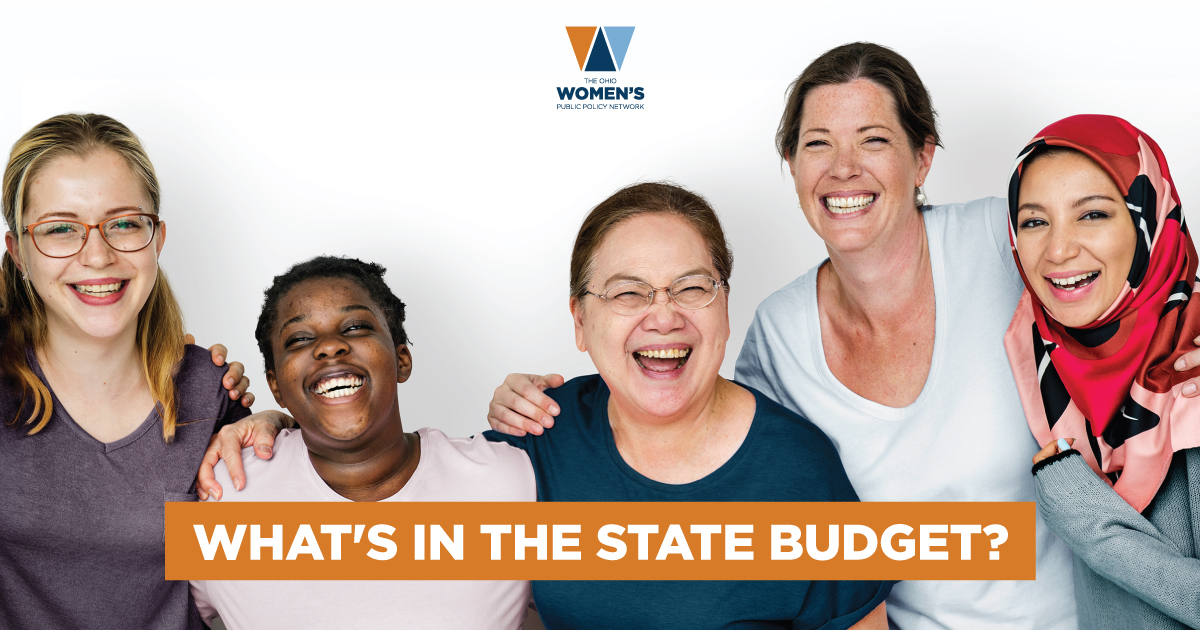 The Ohio Women’s Public Policy Network Advocates for an Ohio Budget That Supports, Prioritizes, and Invests in Women and Their Families

One of the most crucial undertakings by Governor DeWine and the 134th General Assembly (2021 – 2022) is to draft and implement a two-year biennial operating budget for the state of Ohio. The state budget is a reflection of the funding and policy priorities for the future of Ohio and our communities. It impacts the quality of life of women, children, and families.

Throughout the operating budget deliberations, the Ohio Women’s Public Policy Network has been working to urge the governor and the state legislature to enact a budget that supports, prioritizes, and invests in women. We will continue to be a strong advocate for women and families as the process continues.

Click below to see the State Budget Priorities Report for this budget cycle, outlining 10 policy priorities for the governor and legislature to enact in the budget. 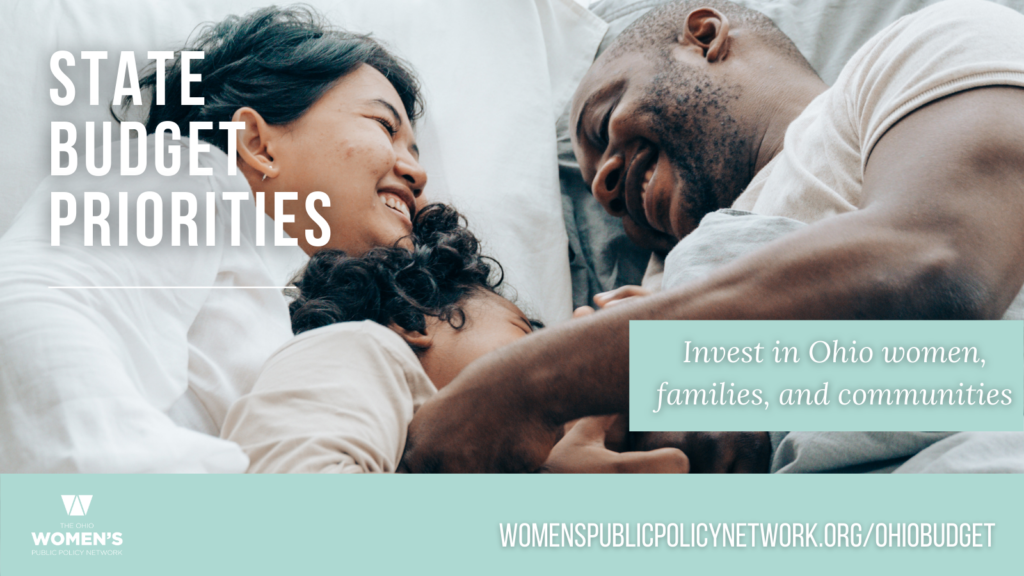 Budget Status and Key “Fixes” WPPN Is Advocating For:

The key investments and policies that we outline within the report are crucial to the lives and futures of Ohio women, families, and communities. As the budget bill moves through the Conference Committee, where members will decide upon the final budget bill language, lawmakers must make the investments in women and families, including: