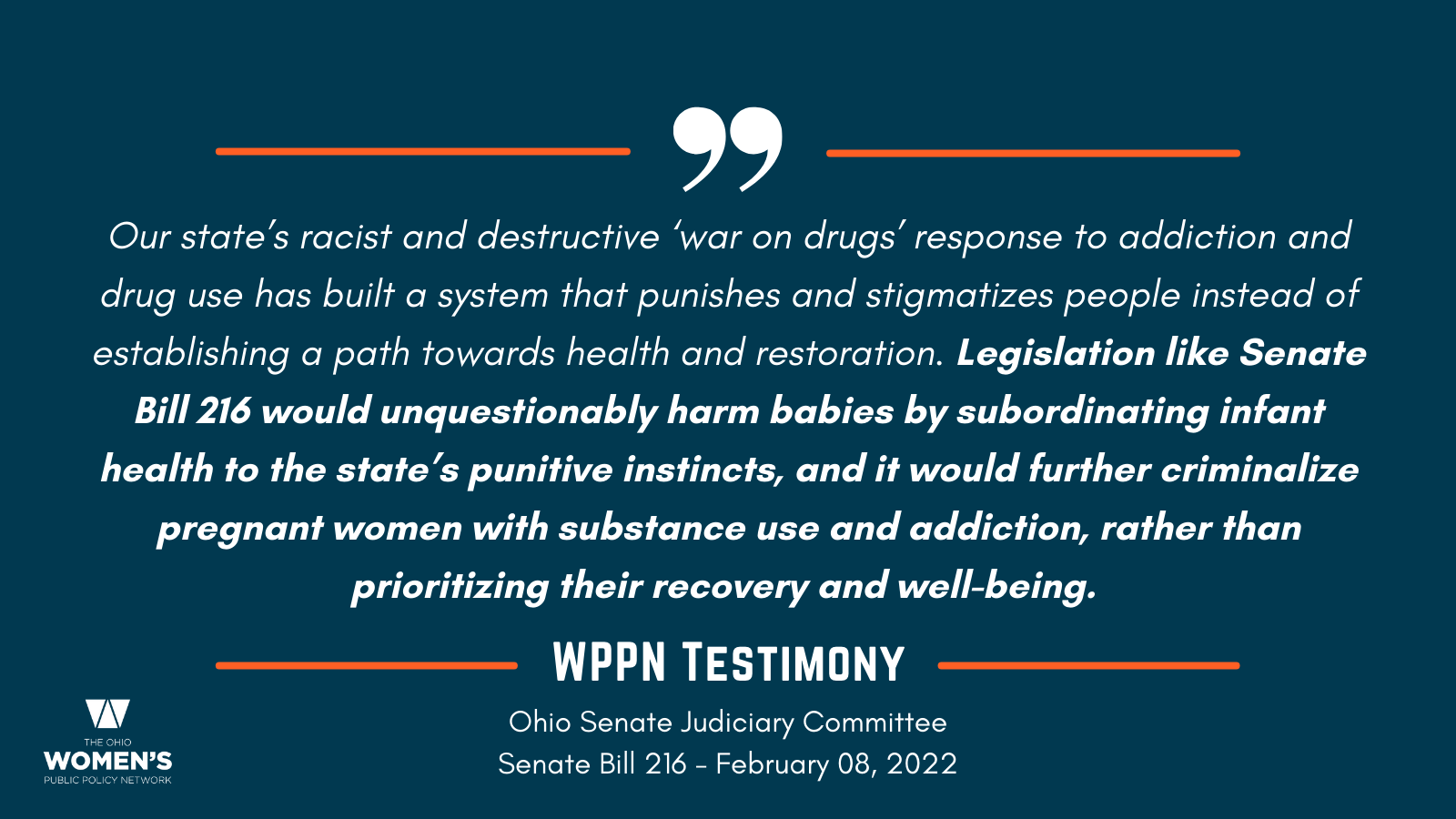 Everyone, regardless of their race, class, or zip code, deserves to be treated with dignity, respect, and compassion. However, our state’s racist and destructive ‘war on drugs’ response to addiction and drug use has built a system that punishes and stigmatizes people instead of establishing a path towards health and restoration.

Ohio Senate Bill 216, known as “Dylan’s Law,” sets new restrictive and overly punitive laws for parental custody of infants who are exposed to substance use. It would take the damaging and misguided step of classifying all substance use during pregnancy as child abuse, mandating the removal of the child for a minimum of six months. Additionally, the bill would forbid the child from living at the same residence with the parent, while also making near insurmountable demands for a parent to access reunification with their child.

Read our full testimony, presented by our Executive Director Elizabeth Brown, calling for the Senate Judiciary Committee to halt progress on this dangerous and misguided legislation.