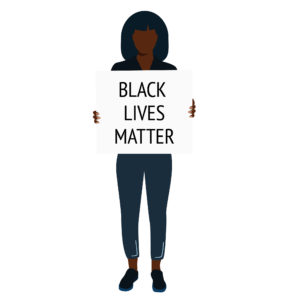 Systemic Racism is Harming and Killing Black People. Anti-Racist Policy Change Must Be Part of the Solution.

Everyone, no matter what they look like or where they are from, deserves the opportunity to lead economically secure, safe, and healthy lives. But many of our nation’s institutions, public policies, and even its founding have protected a culture of systemic racism and perpetuated racial injustice, thereby holding back, harming, and killing Black people.

Anti-Black violence is not new. From slavery to Jim Crow laws to the present day, white supremacy and structural racism continue to constrain and damage Black people, families, and communities in housing, education, criminal justice, policing, and more. Again and again, we have seen oppression and racism turn deadly. The murders of George Floyd, Breonna Taylor, Ahmaud Arbery, and Tony McDade are just the most recent Black lives lost at the hands of police violence and racist attacks, and they have sparked national and localized demands for bold and overdue change.

As a public policy organization, we stand in solidarity with the protest movement because we understand the time-tested link between citizen uprising and policy reform. Without reforms, our nation will never dismantle the racism that harms the lives and futures of the women and families for whom we advocate every day. Racism and sexism are inextricably linked, and in order to advance gender justice, we must intentionally center racial justice in our work.

This intersectional lens is particularly important in the efforts to reform the criminal justice system and policing policies. Too often, we fail to center the experiences of Black women in the conversations around law enforcement violence and mass incarceration. The violence against Black women, particularly transgender Black women, cannot remain invisible in these efforts to call for justice and reform our systems. Our demands for change must include the end of racist violence against Black women, and our calls for justice must be vocal and vigilant for Black women killed by police: Breonna Taylor, Sandra Bland, Atatiana Jefferson, and many more.

Today, women represent an increasing share of arrests and report much more use of force than they did twenty years ago. Data from 2015 found that 12 million women, on average, experience police-initiated contacts, which often include traumatic, violent, and harmful tactics such as searches and uses of force. In our criminal justice system, women are the fastest-growing prison population, and racially biased policies and our broken criminal justice system have contributed to the overrepresentation of Black women and women of color in prisons. In fact, while 1 in 111 white women spend time in prison, the likelihood of prison time is 1 in 45 for Latina women and 1 in 18 for Black women. And transgender women, particularly trans women of color, who face additional discrimination, bias, and profiling and higher rates of homelessness and poverty, are even more likely to experience contact with the criminal justice system – often reporting abuse, sexual assault, and violence during police interactions or while they are incarcerated.

There are concrete policy changes that can – and should – be taken to address these injustices, and the protests have reignited the calls for a host of reforms to policing and criminal justice policies. Below are some of the recommendations from state and national organizations:

1.) The Ohio Justice & Policy Center and the Cincinnati Black United Front released a list of eight recommendations in the wake of the protests, including: improving policing data collection, analysis, and evaluation capabilities (and tracking by race); when charging people with a crime, engaging in cite-and-release rather than arrest, wherever possible; and eliminating racial disparity in the criminal-legal system – including in arrests, convictions, and sentencing – including by requiring continuous anti-profiling and anti-bias training

3.) The Color of Change is calling on public officials to adopt a number of policy changes, including: Investing in healthy communities not policing; increasing transparency and accountability for officers with records of misconduct; and responding to mental health crises with health care, not policing.

4.) A group of abolitionist activists released “8 to Abolition,” a series of policy recommendations rooted in abolitionist change, including divesting from police and re-investing the funding in community care resources like neighborhood based trauma centers and training for health care professionals; removing police from schools and reforming disciplinary policies in schools; and demilitarizing communities, including ending “broken windows policing.”

Discriminatory and racist policies extend beyond our country’s broken criminal justice system, deeply entrenched in our health care and economic systems. Historically, our country’s laws and policies have reinforced and perpetuated structural and institutional racism, discrimination, and bias towards Black women, and women of color in general. Many of the policies still in place today continue to perpetuate racial disparities in access to quality health care, workplace protections, economic opportunity, and freedom from violence.

We must continue efforts to addressing and ending systemic racism, sexism, and discrimination through advocacy for public policy change. In the Ohio Statehouse, there are currently a number of proactive bills pending that would promote the health, safety, and economic opportunity of Black people and people of color:

4.) Enact a living wage and end the tipped wage:

It is far past time for policymakers to come together and take swift, meaningful action to move forward these and other anti-racist policies that build a state where everyone, whether Black, brown, or white, can feel safe, live free from fear of violence, and work with dignity. 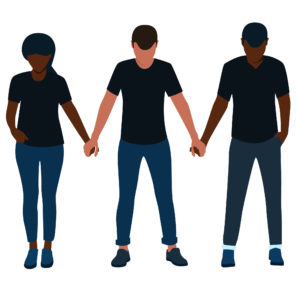 To do this, we must actively confront and address how institutional and structural racism is deeply embedded into our society, devastating Black lives and communities. Here are some ways that you can take action today to build an Ohio for all of us:

3.) Learn and grow in your own anti-racist work:

5.) Amplify calls for change and center Black voices in the work: