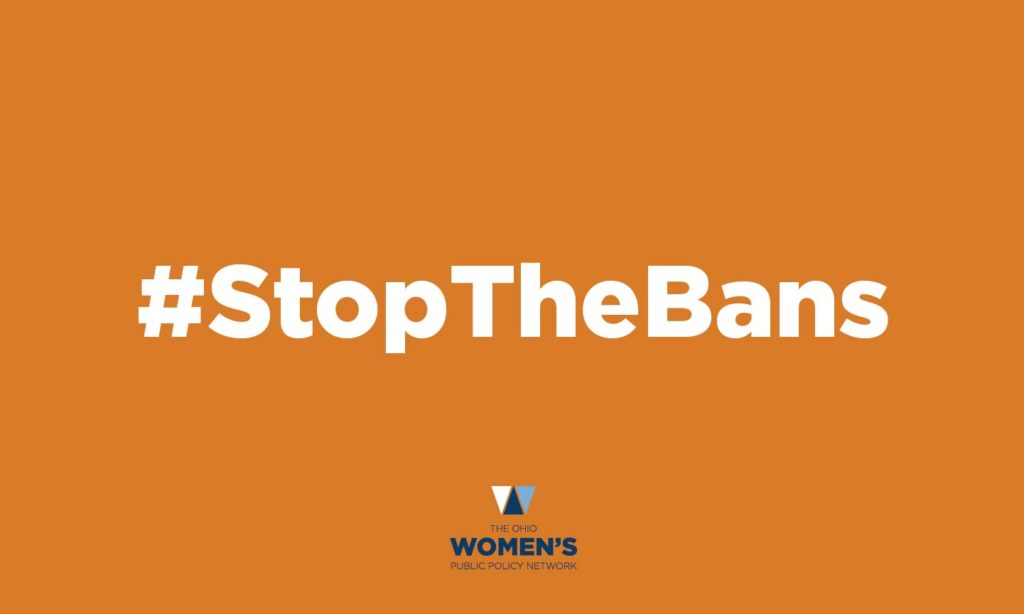 Updated on December 18: Since 2011, the Ohio legislature has passed more than 20 restrictions to reproductive health and abortion access, and a total of 20 of them have been enacted into law. These medically unnecessary – and often unconstitutional – restrictions have chipped away at the accessibility and affordability of obtaining an abortion in Ohio, creating new hurdles for women to access abortion care. In fact, in 2014, approximately 93% of Ohio counties had no clinics located in them that provided abortions, and more than half (56%) of Ohio women lived in those counties. Since that time, there have been even more restrictions put into place that create additional obstacles for women seeking abortions – and now, the Ohio legislature has passed TWO abortion bans during the lame duck session that further threaten abortion access.

House Bill 258 would ban abortions after a detectable fetal heartbeat, as early as six weeks into a pregnancy – at a time before many women even know that they are pregnant. By doing so, this bill would essential ban abortions in Ohio – undermining the health, bodily autonomy, and economic stability of women in our state. To be clear, this ban would not end abortions – it would simply end access to safe and legal abortion care in the state. 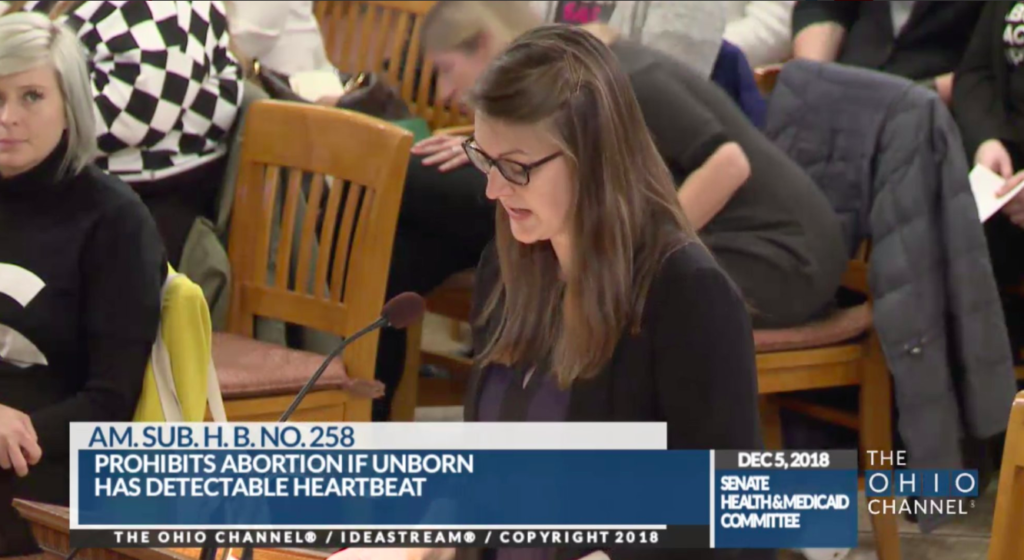 Our Managing Director, Erin Ryan, testified in opposition to HB 258 at its second hearing on Thursday, December 6. During her testimony, she noted that the passage of this legislation stands in fundamental opposition to our mission to provide women with the opportunity to lead economically secure, safe, and healthy lives. Here is a preview of her testimony:

“The passage of this bill would in no way prevent women from needing or wanting abortions. Instead, it would essentially cut off any access to abortion in the state, criminalizing medical professionals who provide the procedure. House Bill 258 would create two options for women seeking an abortion: spend the time, money, and resources to travel out of Ohio to access an abortion in a less restrictive state, or be forced to find other means of ending a pregnancy through an unlicensed, unregulated illegal abortion provider. Both of these options put the health and lives of women in jeopardy, once again playing politics with women’s health care.

There is a direct link between access to reproductive health care and economic opportunity, and access to abortion is critical to the economic security of women and their families. Abortion has played a significant role in women’s ability to continue their education, stay in the workforce longer and advance in their careers, and care for their families. The inability to obtain an abortion, due to lack of access or lack of funds, can hinder women’s economic potential and push women into poverty.

A recent study from the Guttmacher Institute found that nearly one in four women in the United States will have an abortion in her lifetime. Sometimes, it is easy to get caught up in the facts and figures, but it is important to remember that behind the data are real people. These are real women who have chosen to obtain an abortion for a number of different reasons: college students who want to continue their education; women who experience a medical complication that makes continuing their pregnancy unsafe; mothers who are financially unable to afford to raise another child; women who have made the decision that is best for themselves and their families.”

Erin stressed that HB 258 is a direct attack against women’s reproductive health care access and economic security. This bill is cruel, dangerous, and extreme legislation that would have devastating effects on the lives and futures of women in Ohio. Read her full testimony here.

Following vote delays in the Committee process – which would not have been possible without the tireless work of abortion rights advocacy organizations leading efforts to against the bill, the powerful testimony from medical professionals, patient advocates, faith leaders, and reproductive rights groups, and the calls and emails that Ohioans made to their members – anti-choice lawmakers continued to move the bill forward.

During the committee deliberation and floor debate, Democratic members offered up five amendments: Exceptions for rape and incest; exceptions for complications due to mental health of the woman; access to emergency contraception and STI testing for rape victims; requiring mandatory health insurance for maternal health coverage; and requiring comprehensive and medically accurate sex education. All five amendments were tabled. Republican members did, however, accept two Republican-offered amendments: Mandating that a vaginal ultrasound is not required and allowing Ohio State Medical Board to take license action before criminal action over physicians.

The bill was sent to Governor Kasich on December 14. He will now have 10 days to sign the bill into law, veto the bill, or allow it to pass into law, without his signature. The governor has indicated that he would veto the bill – and did so last General Assembly on a similar bill. There is a chance that the legislature would come back to take a veto-override vote if Governor Kasich does veto the bill.

During ‘lame duck’, the Ohio Legislature passed a SECOND abortion ban – one that is just as extreme and dangerous. Senate Bill 145 (Abortion Method Ban), which would ban the safest and most common procedure for second trimester abortions, also moved very quickly through the process during lame duck. The bill had already passed in the Senate last year, and had not moved in House Committee since June of 2018. Last week, the legislature signaled that they would be moving the bill quickly during the last few weeks of lame duck session. The House Criminal Justice Committee quickly passed the bill and sent it to House session for consideration, where they passed it by a 65-28 vote mostly along party-lines, with Democratic Representatives Barnes, Holmes, and Patmon joining the all of the Republican members in voting for the bill.

Because the bill had been amended during House Committee, it was sent back to the Senate for another late night vote during lame duck session. The Senate passed a concurrence vote on the amended bill by a 23-9 vote along party-lines. The bill has not been sent to Governor Kasich yet. Once it does, it starts the 10-day clock of how long the governor has to sign the bill, veto it, or allow it to pass into law without his signature.

While this bill may seem less extreme than the six-week abortion ban, that is not true. Both bills would restrict access to abortion in the state of Ohio, creating an unsafe and hostile environment for women seeking abortions and pushing women to travel out of state in order to access health care.

These bills are direct attacks on reproductive health care access in Ohio, and they must be stopped. There is a very short window of time once the governor receives the bills for him to either sign the bill into law, veto the bill, or allow it to pass into law, without his signature. We must act NOW to show the governor that Ohioans stand against these harmful abortion bans, and urge him to veto the bills. Contact Governor Kasich: Urge him to veto BOTH abortion ban bills, stressing that both of these bills are dangerous, extreme, and cruel.