In 1980, Representative Barbara Mikulski & Senator Orrin Hatch (yeah, that surprised me too) decided a week should be set aside to celebrate the accomplishments of women in American history.

After conversation with her aide, Mikulski recommended March 2-8th as the week of celebration, with the last day falling on International Women’s Day. Though the month of August is the anniversary of women’s suffrage—the idea of marching in D.C. in August sounded less than appealing. Better to celebrate women with cherry blossoms and sixty-degree weather than heat stroke.

…men and women have worked together to build this nation. Too often the women were unsung and sometimes their contributions went unnoticed. But the achievements, leadership, courage, strength and love of the women who build America was as vital as that of the men whose names we know so well.

Because, like Carter, several women gathered together one day and said something along the lines of “Wait, weren’t women there to?” And others were like, “Yeah, yeah they were. Someone should do something about that.”. Those conversations became movements that invited 51% of the historical population to join the party. And that makes all the difference.

Why? Because you can’t be what you don’t see. The sooner young girls see trailblazers, torchbearers, and whoa-women in their history books, the sooner they’ll believe they descend from a long line of strength and capability. Their potential and confidence increases as a result. And young girls soon become young women who actively seek to change society for the better. Because neither activism, nor strength, is gendered.

AND as of 2017, state social studies standards obliged K-12 public schools to cover 737 historic figures: 559 men and 178 women (2 of the women are fictional—Molly Pitcher and Rosie the Riveter). About one woman for every three men. (62% of said women are white).

One organization, known for their continuing education and graduate programs for high-school history teachers, does not highlight one primary source including women in their 50 most important historical documents.

So, how should we celebrate Women’s History Month? By demanding a change in curriculum standards for American history. To be more diverse, more representative, more true. A Facebook post is not enough. Nor is a feel-good corporate commercial. Women’s History Month means nothing if women’s history is not taught in a thorough and meaningful way throughout the school year.

State standards will not change overnight. Contact your state representatives. Ask the children in your life what they’re being taught. Look at their history text. Read several books with your children, your friends, your partner, your dog. Host a documentary viewing party with discussion to follow. And continue to read women’s history and learn more about women’s history outside of the month of March. Challenge the existing historical narrative. Doing so challenges current political conditions. 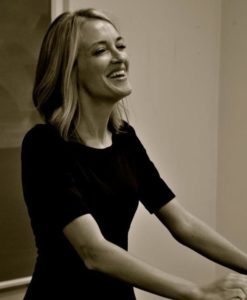 ABOUT THE AUTHOR: Emily Krichbaum, Ph.D. is an expert in American women’s history and politics. She earned her doctorate from Case Western Reserve University and taught at Ashland University for ten years, where she received both professor of the year and mentor of the year awards.

After leaving the university, Krichbaum founded Remember The Ladies: A Project in History, Politics & Culture, an organization dedicated to educating and empowering girls and women to seek out leadership positions and political office. Specifically, one of RTL’s services provides schools with intensive one and two-day women’s history and politics seminars, helping teachers create and present more inclusive and representative histories. (For more information, you can visit the RTL website and sign up for the weekly newsletter here).

Krichbaum has authored numerous articles on nineteenth and twentieth-century reformers. Her most recent work on Elizabeth Cady Stanton will be published by University of Notre Dame press later this year. Currently, she’s working on a book highlighting the history of women in Ohio politics.

Krichbaum is a faculty-in-residence for POWER’s NEW Leadership program at the John Glenn School of Public Policy at The Ohio State University, a board member of 1girl, a volunteer for The Women’s Fund of Central Ohio, and a Matriot. Krichbaum works at Geben Communication as a social media manager and writer. She looks forward to a good run, the Sunday paper and the day women comprise 50% of the legislature. She lives in Harrison West with her husband, Brian, and dogs, Quincy and Harper.